Private sector is tested for shadiness 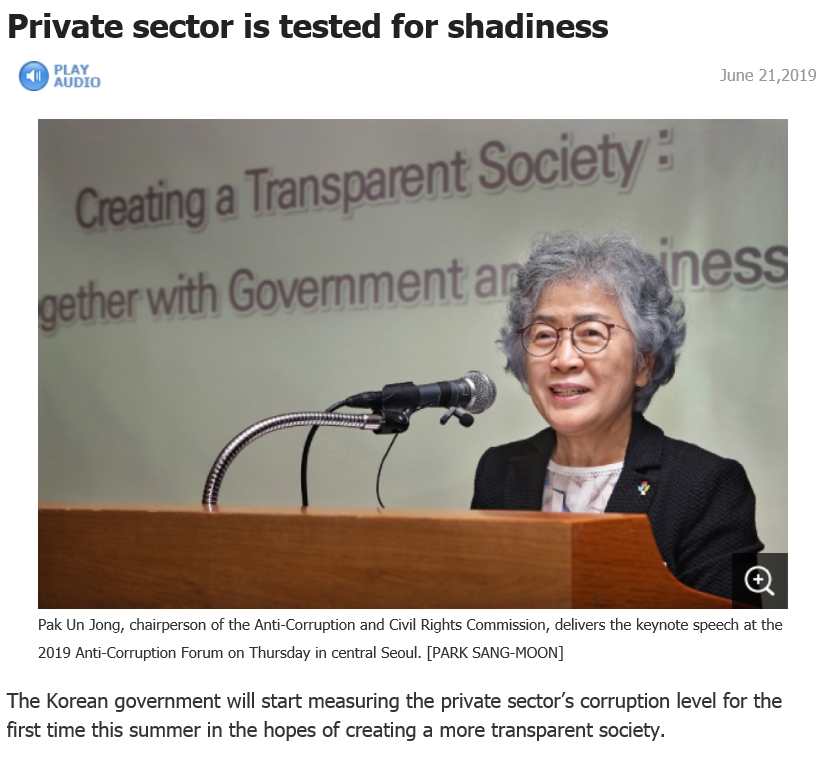 - The Korean government will start measuring the private sector’s corruption level for the first time this summer in the hopes of creating a more transparent society.

-In her keynote speech delivered at the 2019 Anti-Corruption Forum, co-hosted by the Korea JoongAng Daily and the UN Global Compact Network Korea at the Lotte Hotel Seoul in central Seoul, Pak introduced the government’s anticorruption efforts and ways to bridge that paradox of distance to an audience of nearly 100 people, including foreign ambassadors and diplomats, corporate heavyweights and lawyers from top-tier law firms.

-At one point in the forum, Pak took time to highlight the effectiveness of the Improper Solicitation and Graft Act, also known as the Kim Young-ran Act, which was enacted in September 2016. “After the law went into effect,” she said, “both ordinary citizens and public officials got to take an unwavering stance against wrong practices, which indicates that the entire society’s ethical sensitivity has been enhanced.”