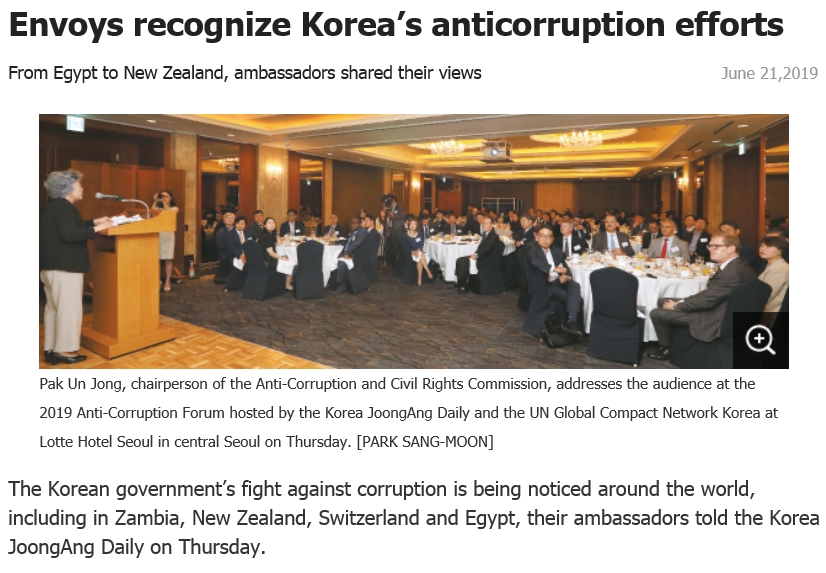 - The Korean government’s fight against corruption is being noticed around the world, including in Zambia, New Zealand, Switzerland and Egypt, their ambassadors told the Korea JoongAng Daily on Thursday.

- The New Zealand ambassador mentioned some of the changes in the people’s experience with corruption in the country that were announced at the forum, hosted by the Korea JoongAng Daily and UN Global Compact Network Korea at Lotte Hotel Seoul.

- The forum on Thursday was attended by diplomats, corporate executives and managers in compliance divisions, members of the ACRC, Fair Player Club and Korea In-House Counsel Association as well as Transparency International Korea and the American Chamber of Commerce in Korea.